— Thank you for having me
— I’m here to talk about how to imagine better futures, but I originally pitched different title called “How Not to Ruin the Future” 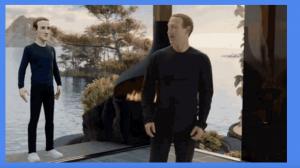 — I’m not here to talk bout better utopian visions, as we have plenty of it already, like the metaverse 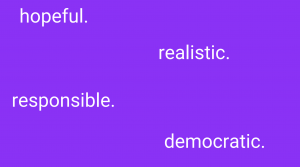 — Instead, I will talk about key responsibilities for those who shape future for others
— The days of pollyannish futures are over and we face too many challenges as nation and a species, and we need to move forward beyond simply relying on technology
— We need to imagine futures that don’t ignore our problems but embrace them

— A good example is the metaverse, which has been held up as iconic idealized future, where all human foibles will melt away
— To quote a columnist from the Wall Street Journal: The metaverse will be for role-players and those choosing their own identities, rather than being trapped role in victim and victimizers 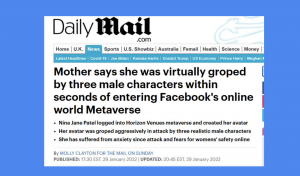 — This is not the case, as the metaverse has not summoned our better angels, and has seen examples of dastardly activites
— It’s also a bigger example of how technology doesn’t solve problems, despite us thinking of it as a panacea 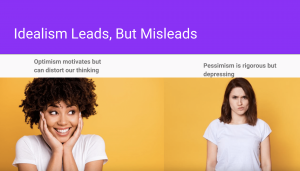 —So let’s think about why we think tech innovation will magically fix everything
— Idealism is noble, and it ties to the power of optimism, which motivates people
—Think  of driverless cars. They were supposed to ubiquitous in 2020
— In response, people go with pessimistic response, where we need to think critically on the  futures  that will come to pass
— So instead of knee-jerk doomsdayism, there is an in-between of being responsible of challenges ahead
— We do ourselves a disservice by not confronting limitations of our vision of the future, or being hemmed in by the visions we do have 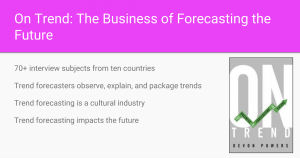 — I learned these lessons through my work with trend forecasters
— For those unfamiliar with trend forecasting, it is a business that explains trends, and is common in marketing, brand strategy, consulting, and has connections to things like design thinking-
— Trend forecasting impacts the future by predicting, and shaping narrative around future developments 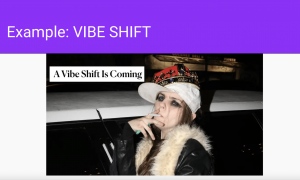 — For example, a few weeks ago everyone I knew talked about the Vibe Shift that came out in January 2022
— If you wonder why we are talking about vibes, it’s a rebrand of talking about trends in general

— Society and how it embraces trends 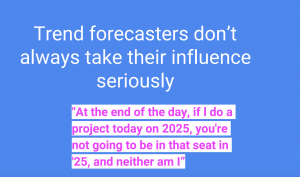 — Naming is  a powerful force in popular culture and equally powerful in corporate America, which helps corporations make decisions about how we live
— I studied people who wanted to make future better, but saw those who had willful ignorance about impact of their actions
— A quote from my book sums it up “At the end of day, if I do a project today on 2025, you’re not going to be in that seat in 2025, and neither am I ” 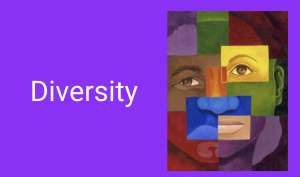 — This accountability for the future matters a great deal, in so many facets
— Many visions of the future try to erase difference
— Making diversity a priority that changes fundamentals of what you do, can be very difficult 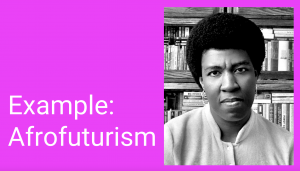 — Let’s consider Afro-Futurism as a counter to this default way of thinking
— Central to all of ways of Afro-Futurism is the notion that the future prioritizes black objectives like maintaining black communities,
— Ideas of future need to acknowledge difference, community, history, and struggles

— If the goal to build better futures, we need to think globally in addition to thinking about diversity, and include ways of thinking that are different from the West/North America
— Global work is hard and arduous , and consumes time resources and space.
— Globally thinking needs to address issues of present as well as future, and think of it as a paradigm shift 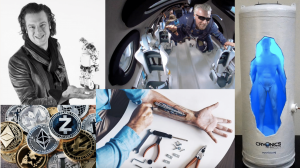 — Final trend I’ll comment on, was the ‘performance of cool’ and gadgetry and next the hot thing, as being where the future needs to go
— It also ignores that most important changes to make are very mundane
— Leaning on cool to decide the future amplifies the other problems you talk about, and it doesn’t reckon with the problems

— I would like to come to the idea of sober optimism, to drive us forward that change and future are possible, without the pollyannish notion of putting head in sand and hoping things resolve themselves
— This comes from Victor Frankl, Terry Eagleton, and having optimism that is adaptive to struggles, and recognizing that out of struggles come tew things that show resilience of our spirit
— We need to embrace unintended consequences, and confronting challenges

— Afro-Futurism shows that future can be both critical and inspired, and that the future must address the past, that difference and diversity are part of future, and that future won’t be homogeneous

— Second, we need to understand future is not a toy or play thing, and that accountability happens with futures we construct

— Finally, our futures need to be democratic. Wee need to share our practice and be transparent about methods used, and thinking of values such  as equity in making the future better